The Global Community and Key Members of Cosolargy

We recognize that people from different cultures, nations, and races bring something unique to a collection of individuals with like purpose. This can benefit and enrich any one of us in ways we might not expect. We have also seen that The System of Cosolargy works for people of diverse interests, beliefs, and residences throughout the world. These common views among Cosolargists culturally metabolize us into an international and universal group. 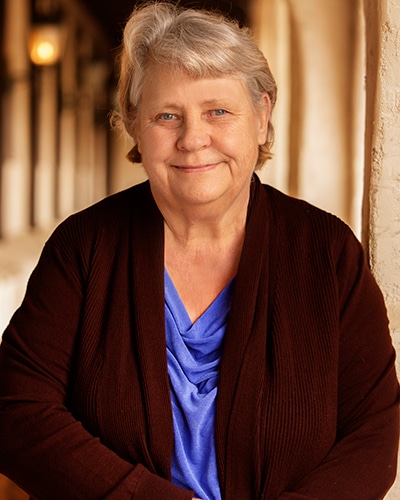 Amanda has been with Cosolargy since 1978. She was born in Boulder, Colorado and moved to Reno in 1979 to study directly with Gene Savoy, Sr. after having many experiences in the sun. Amanda is on staff with The Academy, handling inquiries and as a Preceptor. “I find my life with Cosolargy to be very fulfilling.” 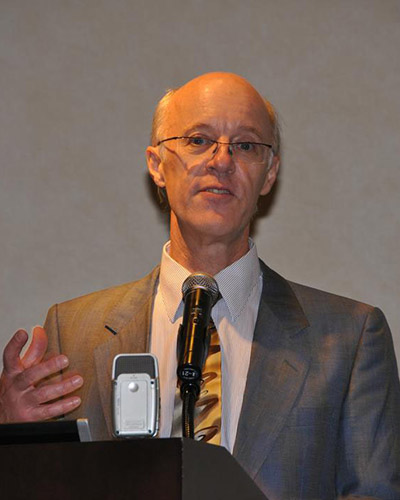 Stephan was born in Solingen, Germany in 1955. He studied high energy particle physics at the University RWTH Aachen, Germany and came to the Physics Department at the University of Nevada, Reno in 1985 to obtain his Ph.D. in atomic collision physics and atomic spectroscopy (1991). Later, Dr. Fuelling worked at the Nevada Terawatt Facility and performed experiments for plasma and fusion research. Currently, he is an adjunct professor at the Physics Department at UNR and is working as a consultant. In 1999, Stephan joined Cosolargy International. He has lectured at some of Cosolargy’s annual conferences. 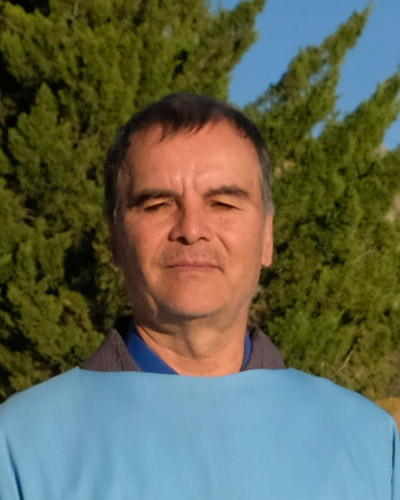 Born in Tijuana, México, Humberto studied Physics and Environmental Sciences. He was a Yoga and Astrology professor for several years and the leader of a Sufi group based in Ciudad Juárez. “I began gazing at the sun following the HRM system, but later found Cosolargy. Since then, I fell in love with The System.” Humberto currently lives in a small community near Casas Grandes, México. However, it is planned for him to relocate to El Cardonal in Baja California Sur where, in 2017, The Community purchased property for a retreat and another healing center on the Gulf of California (Sea of Cortez). Humberto is instrumental in Cosolargy’s translation of its written material into Spanish. 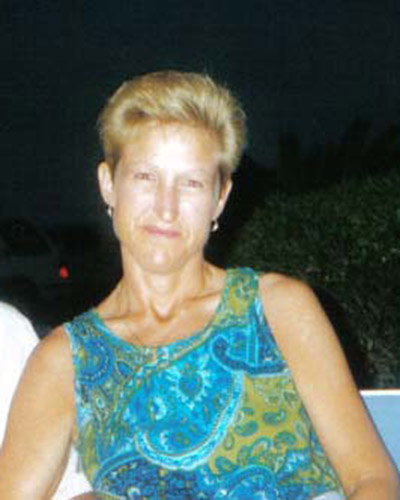 “From a very young age I knew that I needed to find something and do something in and for this world. I searched for it my whole life, even minoring in philosophy, in an attempt to find it. After so much searching, I finally awakened from this world on January 26th, 2004. It was a wonderful journey learning and experiencing “everything”— only to find that there were no others that understood what I did. While on my last hope of finding anyone, I finally found ICC/Cosolargy in 2013. They understood, they knew the secrets that I did and that could not be spoken of in human terms. I had finally found my fellow journeyers. I have been with them for over five years [since 2013] and have learned how to fine-tune the methods of communicating with the other world. I am very grateful.” Michele currently resides in Chambers County, Texas. 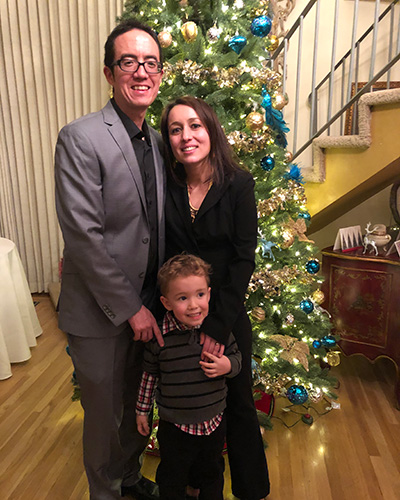 Gary was born in Reno, Nevada and has been a member of The Community since his birth. His father and mother were both members of Cosolargy. Olimpia was born in Victoria, Romania. They have one son, Noah. Olimpia moved to the United States with her brothers and sisters after the fall of the authoritarian government there. She was introduced to Cosolargy through her husband. Her personal involvement with The System began when her experience with a life-threatening illness led her to re-evaluate her life and let her know clearly what she had to do. 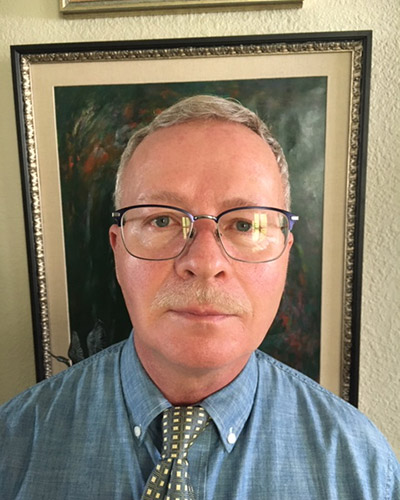 Originally from the Commonwealth of Pennsylvania, Greg moved to Reno in 1998 to form a stronger connection to Cosolargy. “I was baptized into the Roman Catholic Church, but I never had a good bond with that church. In 1975, I read an article about Cosolargy and the Child. I kept reading it repeatedly. In 1976, I joined The Community. It was one of the best decisions of my life.” 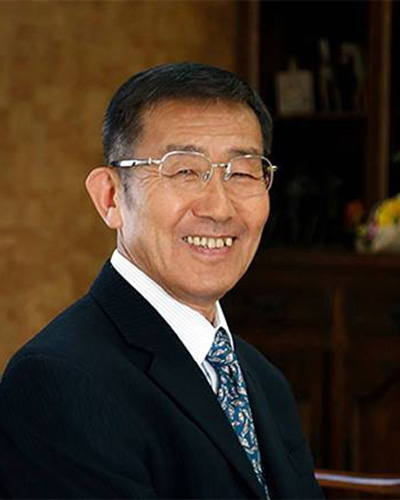 Yukinori graduated from Tokyo Denki University and then moved to England where he received his Master of Science degree at Loughborough University of Technology. He has been a member of Cosolargy International since 1976 and sailed with Gene Savoy Sr. on the Feather Serpent III-Ophir in 1998. Yukinori studied Cymatics and Bio-Energetics Medicine under Dr. Sir Peter Guy Manners since 1991. He is currently the CEO of E-Ma Sound Co.,Ltd. and E-Ma Sona Association in Tokyo, Japan and is also a technical expert on sound therapy. Since February 2010, Yukinori has headed the Cosolargy Institute of Japan. 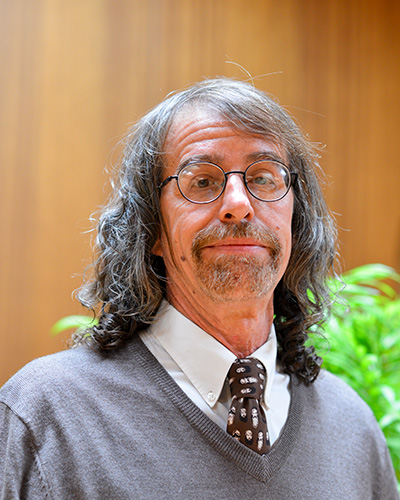 Born on the island of Oahu, Michael had several teachers, including a Buddhist monk and a Vedic seer, before coming to Reno where the lectures and writings of Gene Savoy, Sr. catalyzed these prior understandings in a short time, resulting in a cascade of unforgettable mystical episodes and waking state visions. His interests include guitar, weightlifting, writing, Bocce ball, and stand up comedy. Mike’s undergraduate education is in cognitive neuroscience. He is also a staff member of The Academy and handles new inquiries. 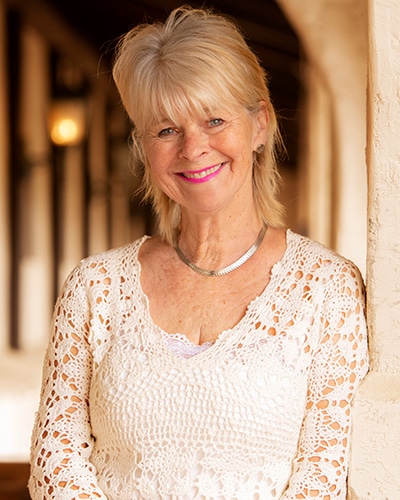 Francine is proud to act as the special events coordinator for The Community. Born in Quebec, Canada, she moved to Reno in 1996 to study and practice Cosolargy more actively, having already been involved for some seven years. “The connection with the infinite creative force of the universe brings nourishment to the Soul, a magical dialogue with Divine energy in constant evolution.” 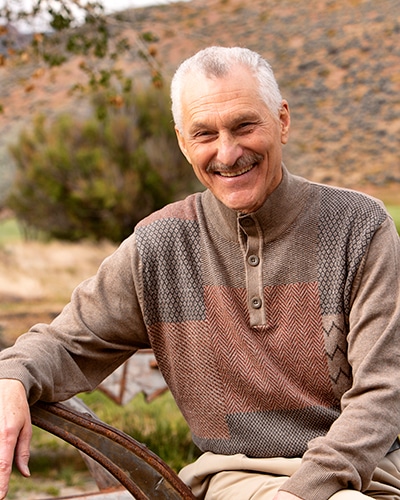 Originally from Milwaukee, Wisconsin, Robert became a resident member of the Reno Community in 1980. He is a spiritual educator, counselor, and canon of the International Community of Christ, and a senior member of Cosolargy International. He has held a position on the faculty of The Academy for Advancement in the Religious Arts, Sciences and Technologies of Cosolargy since 1996. Robert is married to Francine Petrovich, who has been involved in Cosolargy since 1989. 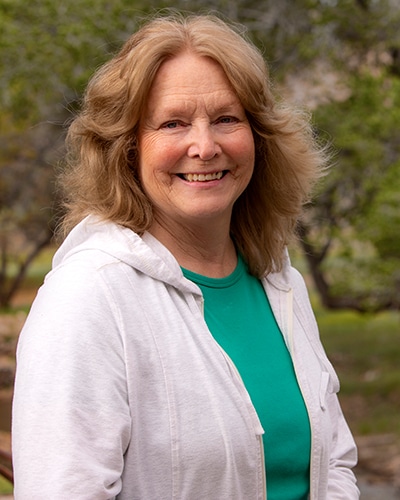 Elizabeth moved to Reno in 1977 from South Carolina as a student of Gene Savoy, Sr., inspired by experiences received while practicing the Cosolargy techniques. Her work in The Community has been in outreach, administration ,and instruction. Elizabeth was raised as a Southern Baptist, but her interests now are in Cosolargy, world religions, teaching ,and writing. Her pastime activities are music and art. 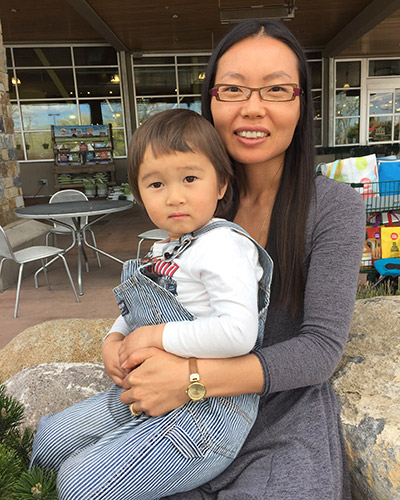 Noriko enrolled in the Cosolargy Institute of Japan in February 2010. During one of Cosolargy’s seminars in May 2011, Noriko met her husband-to-be, Robert Roy. A year later she moved to Reno, Nevada and married Robert. Together they have a son, Joseph Asahi, who was born in 2012. Noriko and her family live on the grounds of The Community’s Red Rock Consecrated Sanctuary, where they built their home, which was completed in November 2018. Noriko serves as head of The Community’s Jewel Guild and also as the representative of the Japan Community in the United States. “In 2020, I started my third year in the Sacred College of the Jamilian University, a most beautiful study program on my journey towards Spiritual Enlightenment.” 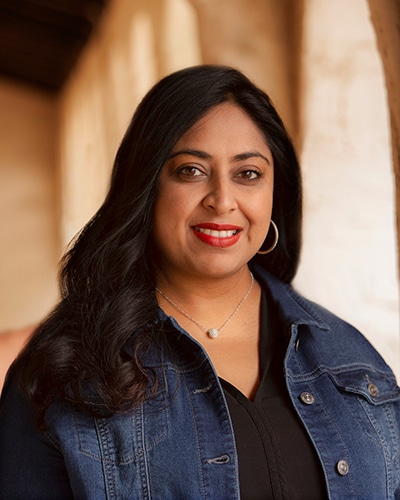 Raised as a Hindu in an Indian family, Radheka has always felt drawn to the ancient teachings of light and mysticism. She was born in Auckland, New Zealand and came to the United States with her family in the early 1990’s. “As I finished college and became immersed in the world, my curiosity for spiritual growth developed. I was soon to discover my destiny which led me on the path to the Cosolargy teachings. As a student of Cosolargy, these teachings seemed familiar to me because of my Indian heritage, and I felt more connected to my origins. The religious traditions I grew up with made more sense to me with an understanding of Cosolargy. Furthermore, I began to study Ayurveda — the ancient Indian knowledge of life and longevity — and there are definite interrelated concepts between these teachings.” Radheka is married to Gene Savoy, Jr. Together they have one daughter, Helena, and a son, Gene Savoy III. Bianka Patel is Radheka’s eldest daughter. 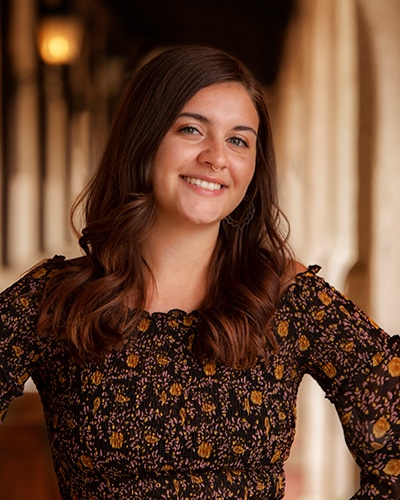 Sonya was born and raised in Reno, Nevada. She is the granddaughter of Gene Savoy, Sr., the founder of Cosolargy International. She is the eldest daughter of Gene Savoy, Jr. and has been a member of The Community since she was
born. Sonya is a member of the third generation of people practicing the arts and sciences of Cosolargy. “I feel very fortunate to have grown up in such a loving and special community. I think of my grandfather often and of all the amazing success he had in his life. I thank him every day for bringing the True Teachings of Light back to life again and for inviting people from all backgrounds to have access to these Teachings.” Sonya currently manages The Community’s Healing Center at Steamboat Hot Springs south of Reno. 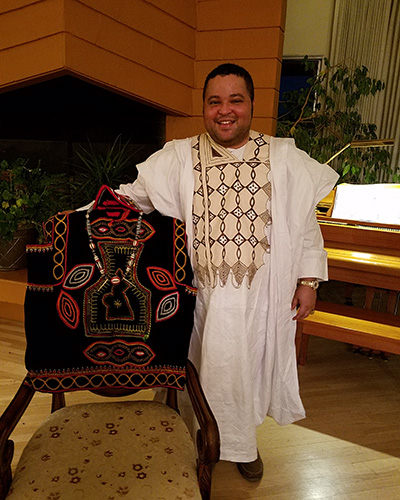 Shawn was raised in a devout Roman Catholic home in St. Louis, Missouri, where the reality of dimensions beyond the physical was impressed upon him by a series of “experiences” which his priests could not satisfactorily explain. The notion of God intrigued his young mind and set him on a trajectory to somehow find the answers to the questions that bewildered him.

After a family displacement to Africa, he explored the mainstream schools of thought within the multifarious branches of Christianity, and later pursued theological studies to the furthest extent and became an ordained member of the clergy. In the course of two decades of ministry, Shawn realized that the spiritual regeneration and transformation of enlightenment of which Christ Jesus and the Holy Apostles spoke could not be obtained by the mere mental assent to a particular exegesis of Scriptures. His academic experience in pre-Nicene Patristics also informed him that there was “something” ancient and mystical among the originals of the Church founded by Christ Jesus that was remarkably absent in the current expressions of Christian sects.

Prayerful and considerate searches providentially guided him to Cosolargy, whereupon, reading of The Community’s commitment to uphold the Spiritual Rights of the Races of Men, he submitted his request to become a Consociate. He presently lives in Cameroon and is making progress in his studies in The System through the Sacred College Program. 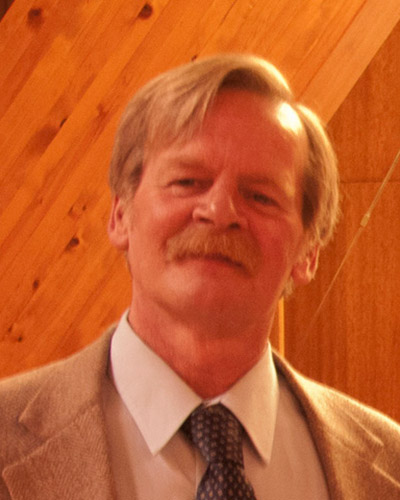 Born and raised in Reedsburg, Wisconsin, Ted began studying the Teachings of Cosolargy in 1976. After several months, he began having experiences that compelled him to move to Reno. He is currently assigned to the Red Rock Consecrated Sanctuary where, among other duties, he maintains the property. 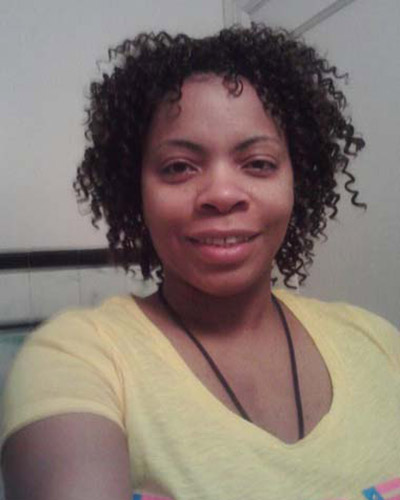 Hailing from Peoria, Illinois, Crystal currently resides there with her husband and works as a Respiratory Therapist. “I had previously started solar gazing before coming across Cosolargy. One day, as I was solar gazing, I witnessed a vision before me of a child’s face within the sun, and also the same child’s face circling the sun clockwise, and counterclockwise at the same time. The energy of this vision ultimately led me to seek out Cosolargy.” Crystal has been with Cosolargy since 2014. 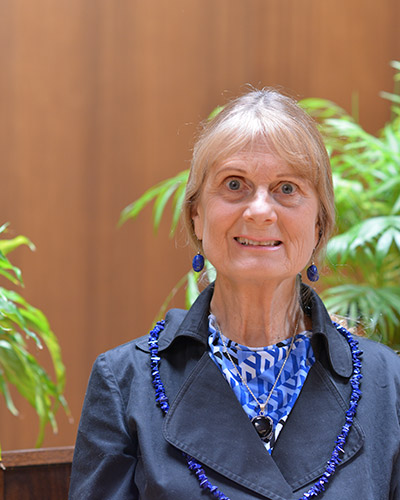 Barbara began her Cosolargy studies in 1975. “I moved from Colorado to Reno in December 1977 because I wanted to serve God, and I believe that I was guided to live closer to the center of Cosolargy.” Barbara’s work has consisted of teaching the children of The Community and various administrative duties and other projects. She lives at the Red Rock Consecrated Sanctuary. 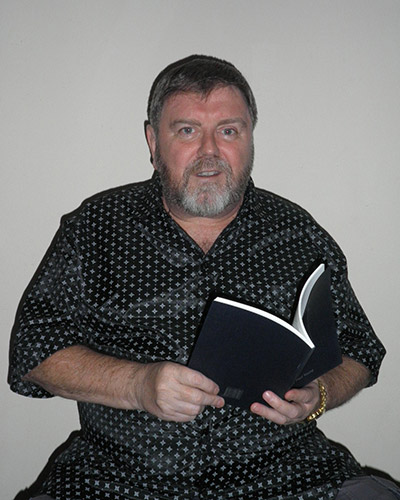 Paul is a freelance writer and editor of the monthly online magazine Australian Esoteric. He often contributes articles to other magazines such as New Dawn. Paul is a certified practitioner of Reiki, NLP, and LOA and is a student of mysticism, having been a Rosicrucian since 1994. He began studying with Cosolargy in 2016 after experiencing an inner attraction to the sun. “Since then positive changes have unfolded in my life. I live at the Gold Coast, Queensland from where I write weekly bulletins on www.SolarAncestor.com.” Presently, Paul is Cosolargy’s representative in Australia.

We are here for you

Follow the link to submit a Prayer Request. We offer intercessions weekly during the Saturday and Wednesday Communion of Fellowship services in the Chapel of the Holy Child.
Request a Prayer
Go to Top